To be carved into a mountain by sculptor Korczak Ziolkowski beginning in 1947, the legendary Indian, Crazy Horse was chosen as the subject by the local Indians who insisted that he be carved into the Black Hills. The 563 foot work has taken over 50 years and despite the sculptor’s death is still being sculpted to this day. Memorial includes the Indian Museum of North America

The George S. Mickelson Trail was completed in the summer of 1998. The trail follows the historic Burlington Northern Railroad line – abandoned in 1989 – from Deadwood to Edgemont – 114 miles altogether. It was named for South Dakota Governor George S. Mickelson who took a keen interest in converting the old rail line to a trail.

The trails easy access and gentle slopes allow people of all ages and abilities to enjoy its charm. Its hard-packed limestone gravel surface passes over more than 100 converted railroad bridges and four hardrock tunnels. Much of the trail passes through National Forest Land and offers a spectacular vista of the Black Hills beauty!

Gutzon Borglum and 400 workers sculpted the 60-foot busts of Presidents George Washington, Thomas Jefferson, Theodore Roosevelt, and Abraham Lincoln to represent the first 150 years of American history. Visitors to the memorial come primarily to view the granite sculpture itself, but also of interest is the Sculptor’s Studio built under the direction of the artist, Gutzon Borglum, in 1939.

Located in Devils Tower, Wyoming, 77 quick miles from Deadwood. The Tower and the surrounding 1,347 acres were designated as our nation’s first National Monument by President Teddy Roosevelt in 1906. Scientists believe that Devils Tower is the core of a volcano exposed after millions of years of erosion caused by weather and the Belle Fourche River. If you are staying in the Devil’s Tower area: Devils Tower Lodge – “Simply the Finest Accommodations, Rock Climbing instruction and Guiding in the Black Hills Area”

Badlands National Park is located in the Southwestern corner of South Dakota just north of the town of Interior. The park consists of nearly 244,000 acres of sharply eroded buttes, pinnacles and spires blended with the largest, protected mixed grass prairie in the United States. Sixty-four thousand acres are designated official wilderness, and is the site of the reintroduction of the black-footed ferret, the most endangered land mammal in North America. The Stronghold Unit is co-managed with the Oglala Sioux Tribe and includes the sites of 1890’s Ghost Dances.The park is open year round – 24 hours a day, seven days per week. Entrance fees are collected April through November. You can enjoy sightseeing by personal car, hiking, biking (established roads only), picnicking and camping. 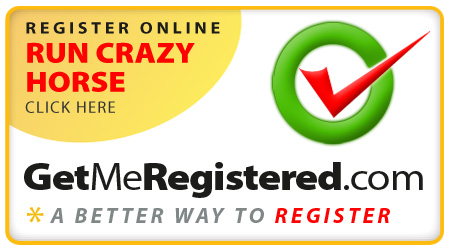